The metaverse is taking retail by storm

This new communication channel, which breaks with traditional advertising codes, is already worth 500 billion euros, according to Bloomberg Intelligence.

The future of the Internet has not yet been born, even though it has been giving a lot to talk about in recent months. The word ‘metaverse’ has been on everyone’s lips since Facebook rebranded itself as Meta and thus positioned itself as one of the leading players in the new virtual world.

We refer to a set of virtual experiences generated from augmented reality (AR) and virtual reality (VR) technologies, where the individual can interact with other people and objects and even acquire virtual goods through an avatar. With the development of the metaverse, the aim is to extend the real world to the virtual world, making everyday actions become a spectacle.

But, are we facing a passing phenomenon or a fact that opens the doors to a new world and investment prospects? For the moment, to get an idea, Bloomberg Intelligence estimates that the metaverse is already worth 500 billion euros and estimates that it will reach two trillion by the end of this decade, according to Tiendeo.

Retail has undoubtedly experienced a high acceleration in recent years that has led to an advanced digitization process, although it has yet to experience its great revolution with the metaverse.

The opportunities offered by the metaverse are endless, especially in the field of commerce. In fact, the technology company Wildbytes estimates that 70% of major brands will have a presence in the metaverse in the next five years.
Some companies are already promising to launch a product by 2023, and others are already looking at the possibility of creating shopping malls, boutiques, and virtual stores where digital avatars will be able to shop for NFT products and pay in cryptocurrencies. Bloomberg Intelligence estimates that the metaverse is already worth 500 billion euros and estimates that it will reach two trillion by the end of this decade.

According to American inventor Raymond Kurzweil, Google’s director of engineering since 2012, by the end of the decade – in 2030 – we will spend more time in the metaverse than in “real life.”

Brands and retailers at the forefront of metaverse

As we can see, the retail sector is one of the most interested in the metaverse. For example, Gucci has already started selling its own virtual clothing, the Gucci Virtual 25 sneakers, and H&M recently launched its first virtual collection through Nintendo’s ‘Animal Crossing’ social simulation game.
Ikea also uses augmented reality technology to allow customers to create their own spaces through its App and check how furniture would look in the physical world using augmented reality technology.

Some brands go even further and do not hesitate to bet on the metaverse. This is the case of Nike, which has even created its own virtual universe, Nikeland, a space that gives access to several sports fields and a showroom where users can equip their avatars with Nike shoes to participate in competitions.

Nikeland is not only a way to introduce themselves to children but also serves as a testing ground for the brand where the younger generation can try out new products with their avatars before purchasing them in real life.

Likewise, as an extension of the current media strategy, the metaverse appears as another channel to be integrated into the marketing teams’ media plan.
Thus, relying on the metaverse will mean to a large extent adapting to the population’s consumption trends. An initiative that sets new limits for retail and heralds ‘gamevertising’, virtual worlds set to become actual advertising battlegrounds.

Some advertisers say that to succeed in this new environment, the metaverse must be seen as a virtual realm into which the individual enters to escape the real world. This means that brands must not create anything that resembles advertising as we know it.

Moreover, it will be necessary to understand a necessarily complex universe, made up of not one but dozens of metaverses. In the United States, for example, four major companies are vying to be number one in their race to dominate the metaverse: Meta (Facebook), Roblox, Fortnite, and Microsoft, as well as other tech giants that will also set the tone for this industry over the next year.

In short, the metaverse revolution promises a digital experience in which the virtual world and the real world intertwine and merge under a single reality. Now, it is up to brands and retailers to find their place in it and explore its full potential. 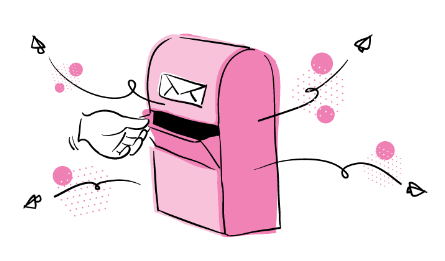